Urethral sphincter mechanism incompetence (USMI) is the most commonly diagnosed cause of urinary incontinence in adult dogs, and is second only to ectopic ureters as a cause of incontinence in juveniles. USMI is most commonly seen in female dogs, but is also diagnosed in male dogs as well as cats. The disease can be congenital or acquired. Congenital USMI is the more common form seen in cats, and is also relatively common in the Greater Swiss Mountain Dog, Soft-Coated Wheaten Terrier, Doberman Pinscher, and Giant Schnauzer when compared to other dogs. Approximately 50% of females with the congenital form of the disease will become continent after their first heat cycle. Acquired USMI is often seen following spaying or castration, and onset is frequently within the first 3 years of life. The Boxer, Doberman Pinscher, Rottweiler, Old English Sheepdog, and Giant Schnauzer are overrepresented.

In normal animals, several factors serve to maintain normal urinary continence.  These include tone in the urethral smooth muscle (sometimes referred to as the “internal urethral sphincter”) and striated muscle (“external urethral sphincter”), the elasticity of urethral wall tissues, the length and diameter of the urethra, and the engorgement of suburothelial venous plexuses.  There are several theories for why animals with USMI are incontinent. The first theory involves a weakness in the sphincter mechanism itself. This includes decreased urethral tone secondary to low levels of circulating hormones (often following neutering), as well as decreased urethral length in some patients. Some authors advocate that animals may be incontinent secondary to a “pelvic bladder,” where the bladder is located too far back in the pelvic canal and, as such, the bladder neck is not subject to an equal pressure as the bladder itself. The decreased pressure on the bladder neck allows for leakage of urine. Finally, the “hammock theory” of incontinence suggests that the supporting structures of the urethra are weak, reducing external compression on the urethra and allowing for urine leakage. Because no one has been able to prove a single consistent cause of incontinence in patients with USMI, treatment recommendations are focused on correcting the various underlying causes listed here. 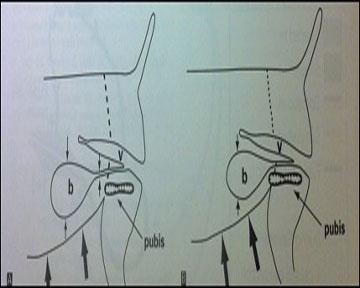 Unfortunately, definitive diagnosis of USMI is difficult. Urethral pressure profilometry can be used to document decreased pressures within the urethra, but this test is not consistently dependable and is not available in clinical practice. Currently, diagnosis is presumptive and consists of ruling out other causes of urinary incontinence (infection, urinary stones, tumors, etc.).

The first line of therapy for USMI consists of medical treatment. Medications used include alpha agonists, estrogens, and GnRH (gonadotropin-releasing hormone) analogues. Alpha-adrenergic agonists, such as PPA (phenylpropanolamine) and ephedrine, function by increasing the tone of urethral smooth muscle. They have been reported to be effective in 74-92% of patients. Estrogens (diethylstilbestrol is most commonly used) also function primarily to increase the tone in urethral smooth muscle, and have been reported to be effective in 40-83% of patients. Estrogens may be used together with alpha agonists, and in some patients the combination will prove to be more effective than either agent alone. GnRH analogues are less commonly used than alpha agonists or estrogens, but have a reported efficacy of approximately 71%, which is in line with other therapies. GnRH analogues have also been reported to be effective at controlling incontinence in over 50% of a small group of dogs who failed other medical therapy.

For patients who do not show acceptable improvement with medications alone, a variety of surgical options are available. Surgical treatments generally focus on increasing urethral resistance, increasing urethral length, and/or relocating the bladder neck.

The most commonly-performed surgery for treatment of USMI is colposuspension. Colposuspension involves passing sutures between the vagina and the prepubic tendon, which serves to increase pressure on the urethra and relocate the bladder neck further forward into the abdominal cavity. Following this procedure, approximately 50% of patients regain continence, and many others will be improved but not completely continent; outcome may also be improved with surgery and medications combined. Pexy of the ductus deferens is a modification of the colposuspension procedure that can be performed in male dogs. It has been shown to have good results in small numbers of dogs, but has not been widely studied. 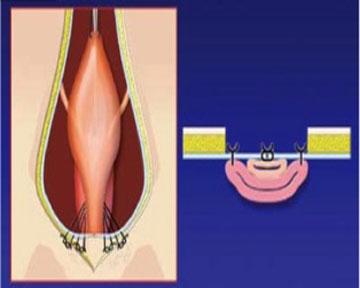 Cystourethropexy involves pulling the bladder and urethra forward into the abdomen and suturing the urethra to the abdominal wall. This exposes the bladder neck to abdominal pressure and also decreases the diameter of the urethra, increasing the pressure required for passage of urine. As is the case with other surgical options, studies have shown that around half of patients who undergo this procedure will become continent, while many others will have a decrease in urine leakage. 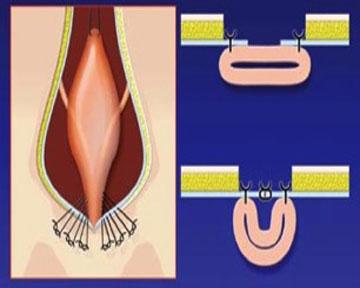 In patients who have an abnormally short urethra, it may not be possible to pull the bladder and urethra into the abdominal cavity. Therefore, attempts have been made to lengthen the urethra by reconstruction of the bladder neck. The technique has had good results in small numbers of dogs and cats, but has yet to be used in large numbers of clinical patients. 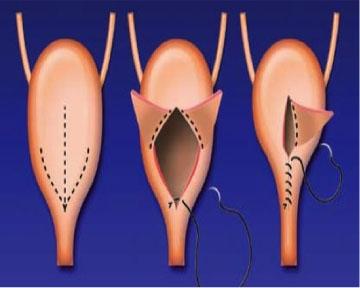 Another option for increasing urethral resistance to urine flow is use of a urethral sling. Slings may be created from a patient’s own tissue (seromuscular flaps) or from synthetic material. If synthetic material is used, it is passed around the pelvis and over top of the urethra to compress the urethra gently against the pelvic bone. A modification of the synthetic sling, called the transobturator vaginal tape inside-out (TVT-O) has been used in humans and has been adapted to dogs.  One small study done in dogs had good results (6 of 7 dogs became continent). Recently, however, a large number of complications have been noted in human females who have undergone the TVT procedure. Several lawsuits have been filed against the product manufacturers and the FDA issued safety alerts about the product in both 2008 and 2009. It remains to be seen whether the procedure will continue to be used in humans and in dogs. 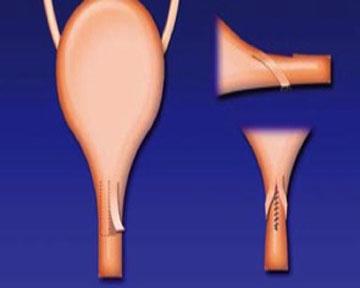 In an effort to have a less invasive method of correction of incontinence, endoscopic injection of bulking agents into the urethra was developed. Several bulking agents can be used, including polytetrafluoroethylene (Teflon) and collagen. Reported rates of effectiveness in controlling leakage of urine range from 53-68%, and can be higher when combined with medical treatment. However, results tend to fade with time, as it is believed that the bulking agents begin to flatten out and allow recurrence of urine leakage.

The most recent development in the control of USMI in dogs is implantation of artificial urethral sphincters. Artificial sphincters were developed for humans in the 1970s, and were used mainly for control of incontinence male patients after treatment for prostate cancer. Artificial sphincters have proven beneficial in humans who fail other treatments, but the cost of the sphincters (around $5000, plus $12,000-15,000 for implantation) has prohibited their use in veterinary medicine. In 2004, however, Adin and colleagues reported development of a static hydraulic urethral sphincter for use in dogs. The sphincter was constructed from a commercially available vascular occluder and subcutaneously implanted vascular access port, and could be obtained and inserted for a much more reasonable price than the previously available human products. The sphincter is placed around the urethra and the diameter can be adjusted by addition or removal of sterile saline through the vascular access port. Studies done in cadavers and in 4 clinical patients have shown promise, though there must be a good veterinarian-client-patient relationship, as recheck visits and frequent adjustment of the sphincter volume are often needed in the short-term post-op period. 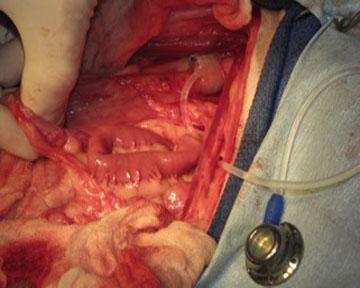 With any surgical procedure, there are inherent risks, including the need for general anesthesia and the risks of bleeding, infection, and incisional breakdown. After surgery performed for treatment of USMI, the most common complication is difficulty urinating or inability to urinate in the immediate post-op period. This is often transient and can be treated by temporary placement of a urinary catheter if needed.  Additionally, no one surgical procedure will be a cure-all for all patients, and the effectiveness of surgical corrections may decrease over time (patients may eventually relapse with some degree of urine leakage).

Because urethral sphincter mechanism incompetence is likely multifactorial, diagnosis and treatment can be difficult. Medical management is often the first-line therapy due to the effectiveness of medications and the risks of anesthesia and surgery. If medical management is not adequate, patients may be good candidates for surgery. The surgical procedure elected will depend on the individual patient’s problem as well as the surgeon’s preference and experience. In general, a patient’s incontinence may not be completely eliminated with treatment, but can often be managed and decreased to an acceptable level with a combination of medication and surgery. If your pet suffers from urinary incontinence, talk to your veterinarian about available diagnostic and treatment options; he or she can also recommend referral to an internal medicine specialist or surgeon if necessary.