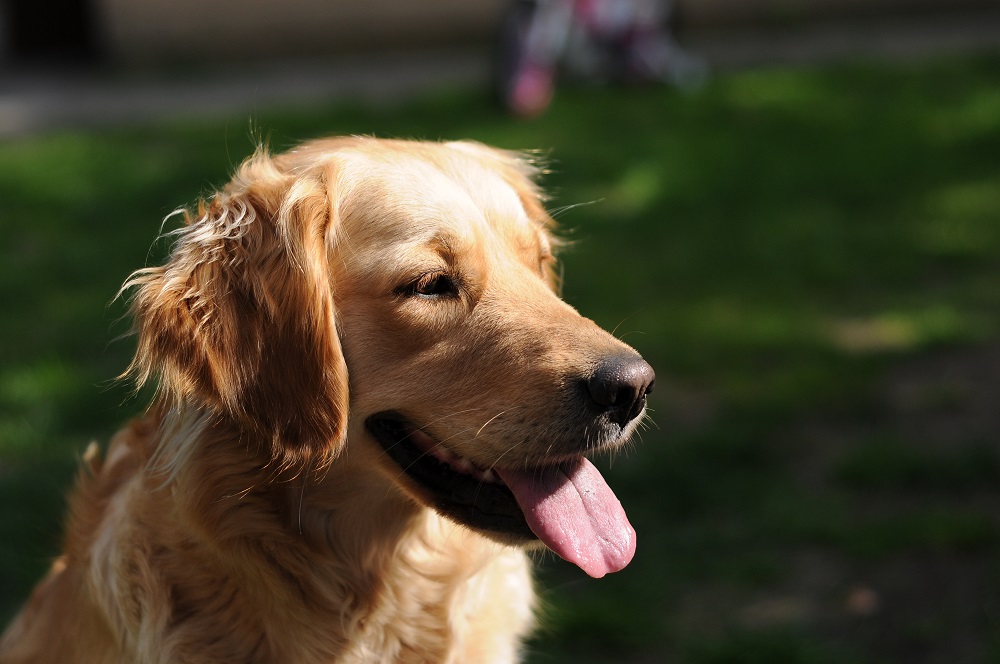 Laryngeal paralysis is a condition that interferes with normal breathing, and can cause significant anxiety and serious medical concerns for affected pets. Imagine not being able to take a deep breath of air—this makes dogs anxious, so they breathe faster, which leads to respiratory distress, and further anxiety. Pets living with this debilitating condition are at risk of severe respiratory distress and even death, but Dallas Veterinary Surgical Center can help. Our veterinary surgeons will partner with your family veterinarian to definitively diagnose laryngeal paralysis, and perform surgery to permanently relieve your pet of this condition.

What is laryngeal paralysis in dogs?

Your dog’s larynx is a short section of airway between her throat and trachea (i.e., windpipe) that is bordered on each side by cartilage controlled by attached muscles. During normal inspiration (i.e., breathing in), the muscles contract to pull the cartilage out of the way, and open the airway. During expiration (i.e., breathing out), the muscles relax, and the cartilages close off the airway.

Laryngeal paralysis is caused by interruption of the nerve supply to the muscles controlling the laryngeal cartilages, so they are no longer pulled back during inspiration. Instead, the cartilages flop into the airway, causing partial obstruction, and noisy breathing. Partial airway obstruction can interfere with adequate oxygen intake, and dogs may develop complete obstruction, with severe respiratory distress, and death, if emergency treatment is not administered quickly.

Which dogs are affected by laryngeal paralysis?

This condition typically affects middle-aged to older dogs, with Labrador retrievers and golden retrievers the most commonly affected breeds. Saint Bernards, Newfoundlands, and English setters also have an increased incidence.

What are laryngeal paralysis signs in dogs?

Laryngeal paralysis signs are caused by partial obstruction of the airway during breathing, and include:

Laryngeal paralysis signs are typically mild at first, and tend to go unnoticed by owners until the condition progresses, and the pet has more obvious breathing difficulties. Affected dogs are more prone to overexertion and overheating in warm temperatures, because they cannot effectively cool themselves by panting, and are in danger of developing severe respiratory distress that can lead to death.

How Is Laryngeal Paralysis Diagnosed in Dogs?

Although characteristic noisy breathing is the laryngeal paralysis hallmark, a definitive diagnosis is made by sedating your dog and observing her laryngeal cartilages while she breathes. Additional tests, such as a thorough neurologic exam, X-rays, and blood work, are often required before surgery can be performed.

How Is Laryngeal Paralysis Treated in Dogs?

Laryngeal paralysis is typically treated with unilateral arytenoid lateralization, a surgical procedure commonly referred to as a tieback. Our veterinary surgeons will make an incision on one side of your pet’s neck to access the laryngeal cartilages. They will permanently suture one cartilage out of the airway, to keep it open during breathing, and relieve the obstruction. This procedure will avert future respiratory problems, and can restore your pet’s quality of life.

What Complications Can Arise After Tieback Surgery in Dogs?

Because your pet’s airway will be permanently sutured open, she will be at risk of aspiration pneumonia, which occurs when food particles or liquids are accidentally inhaled into the lungs. Dogs also cannot go swimming after the procedure has been performed, since water likely will be sucked in through their open mouth, and aspirated into the lungs. Aspiration pneumonia affects up to 25% of dogs whose laryngeal paralysis has been corrected surgically. Despite these concerns, surgical correction is the best choice for dogs with laryngeal paralysis, who will progressively worsen, and possibly die, without treatment.

Does your dog have a harsh bark or pant when she hasn’t exerted herself? Have her examined by your family veterinarian, and contact us if she needs surgical treatment.