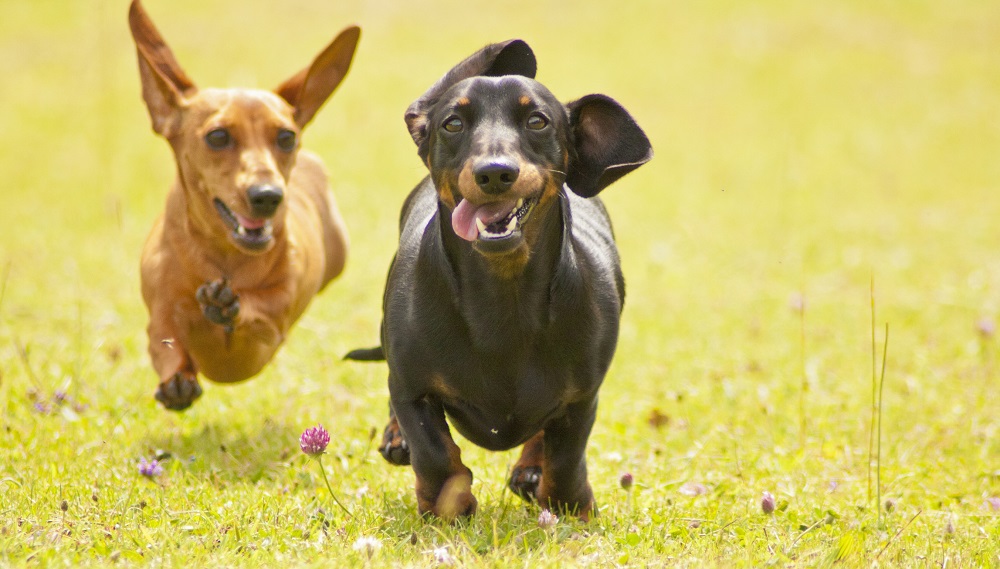 Intervertebral disc disease (IVDD) is a devastating condition in dogs that can cause pain, sensation loss, and lifelong paralysis. Dallas Veterinary Surgical Center is proud to offer laser disc ablation, a prophylactic procedure that can prevent IVDD development. If your dog is at risk of IVDD, consider laser disc ablation to prevent its devastating effects, costly emergency treatment, and a traumatic experience for you and your beloved pet.

Intervertebral discs are made up of a flexible, fibrous outer layer surrounding a thick, gel-like center, and are located between the individual vertebrae that compose your dog’s spinal column. IVDD occurs when an intervertebral disc ruptures, the inner material extrudes into the spinal canal, and your dog’s sensitive spinal cord is compressed. Intervertebral discs typically degenerate over time and may acutely rupture when a dog’s sudden movement, such as jumping from an elevated surface, compresses a disc. The resulting spinal cord compression causes a spectrum of clinical signs, including:

IVDD clinical signs are related to the disc-damage location, which is typically the neck or lower back area.

Treatment depends on the severity of your dog’s clinical signs—mild cases may be treated with strict activity restriction and medications to reduce spinal cord inflammation, while severe IVDD may require immediate surgery to decompress the spinal cord, extensive hospitalization, and physical rehabilitation therapy for possible recovery. Some dogs never regain function and remain paralyzed, or are euthanized.

Which Pets Are Candidates for Laser Disc Ablation?

Laser disc ablation, which is performed to prevent IVDD, is not an option for pets who currently have IVDD and are experiencing paralysis or neurologic signs related to disc rupture. If your dog currently has IVDD-related pain, he or she may require medical management for several weeks, and must be pain- and medication-free for a minimum of two weeks before laser disc ablation can be performed.

Although any dog can develop IVDD, chondrodystrophic breeds, such as dachshunds, who have long backs and short legs, are the most likely affected. IVDD incidence in cats is rare, but possible. Any pet who has had IVDD in the past, or is a high-risk breed, is a laser disc ablation candidate (size can be a limiting factor for the procedure).

How Is Laser Disc Ablation Performed?

After your dog is anesthetized, his or her back will be shaved, and the skin overlying the vertebral column will be aseptically prepared. Eight needles will be inserted through the skin into the center of the intervertebral discs. Imaging techniques are used to ensure proper needle placement. A laser fiber will be placed through each needle, and the laser is used to vaporize and coagulate the inner disc material, which removes and stabilizes the disc’s center so it is unlikely to rupture in the future.

What Can I Expect If My Dog Is Scheduled for Laser Disc Ablation?

Before laser disc ablation, you will meet with one of our veterinary surgeons to discuss the procedure, including benefits, risks, and aftercare. Pre-surgical testing, including blood work may be performed to ensure your pet is healthy enough for surgery.

After the procedure, most dogs spend one night in the hospital, and are discharged the following day with medications to control pain and inflammation. Your dog will require strict cage confinement for two to three weeks, and may then return to normal activity over a one- to two-week period.

Follow-up studies have shown that laser disc ablation is 97% effective in preventing IVDD in high-risk dogs. In a University of Oklahoma study, only nine of more than 350 dogs who received prophylactic laser disc ablation developed IVDD, and all recovered uneventfully.
If you believe your dog could benefit from laser disc ablation, speak with your family veterinarian or contact us to discuss the procedure with our surgical team.